The European Group for Public Administration (EGPA) co-organised its 2018 annual conference with IDHEAP. This took place between 5 and 7 September 2018, and was preceded by a PhD Doctoral on 3 and 4 September. The 2019 EGPA annual conference will be at the Belfast Queen’s University.

The annual conference is EGPA’s main activity, and it takes place in a different country every year. In general, it is hosted by one of its member organisations. The conference’s chosen theme is invariably a highly significant contemporary issue in the sphere of public administration in Europe.

In 2018, the conference’s theme was based on IDHEAP’s new joint publication, Swiss Public Administration – Making the State Work Successfully. Around 450 researchers and practitioners shared their experience and debated this topic. It also gave the opportunity to the Swiss model to present its good practices and successes in the field. The transposition of this model in other countries was also a major matter of debate.

The EGPA Annual Conference took place over three days, from Wednesday 5th to Friday 7th of September. It held several group sessions, according to the different EGPA permanent study group, on various topics. The plenary sessions treated direct democracy, coordination challenges in advanced welfare states and enablers of innovation in public organizations among others. A conference about Nudging also took place during this week full of knowledge.

The Gala Dinner was held at the Olympic Museum in Lausanne, with its breathtaking view on the Geneva Lake. Sir Walter Thurnherr, Federal Chancellor, honored this event with his presence and shared its visions of Public Administration in general, and the Swiss one in particular. 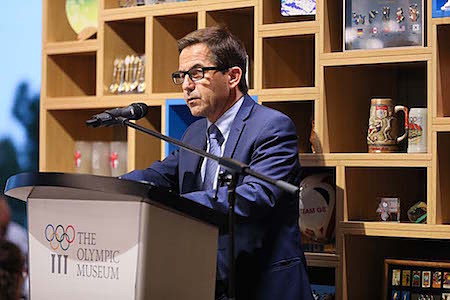