The research focuses on deciphering processes shaping the interior of the Earth. Processes act from the sub-micron to the planetary scale. The major areas of research are on (i) igneous processes forming the continental and oceanic crust, (ii) metamorphism, fluid-rock interaction, kinetics and mineral reactions in orogenic environments, (iii) in-situ characterization of isotopic compositions of crystals, fluids and melts, (iv) continent forming processes such as due to mantle heterogeneity and its consequences on volcanic products, and (v) element cycling between the deep Earth, the crust, and the near surface geosphere. A combination of fieldwork, state-of the art laboratory analysis, experimental and computational approaches is used to solve complex problems in the Earth interior.

The Aiguilles Rouges d'Arolla (Western Alps) represents the youngest oceanic core complex in the European Alps. It comprises a preserved segment of Jurassic-aged (ultra) slow-spreading Western Tethys ocean floor. From left to right: The highest peak in the background is cumulate gabbro; the reddish peak is formed of gabbro mylonite; the greenish rocks represent deformed metamorphosed basalts; the grayish-brownish rocks on the right are metamorphosed calc-schists (schistes lustrés); the rocks in the foreground (in front of the lake) are serpentinite scree. (Picture from O. Müntener).

Show all Hide all
Igneous petrology 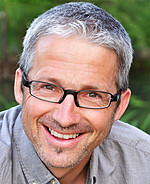 His research is multidisciplinary and includes fieldwork, petrology, experimental petrology, and major and trace element geochemistry.

The origin of intraplate volcanism is the main subject of Sébastien's research. What is the source of alkaline basalts? Is the melting mechanism associated with the genesis of these basalts related to tectonic processes or to large "hot spots"? To try to answer these questions, he combines different constraints from the field, to geochemistry, to experimental studies. 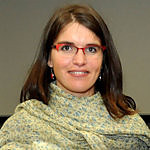 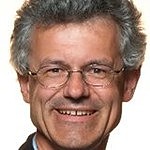 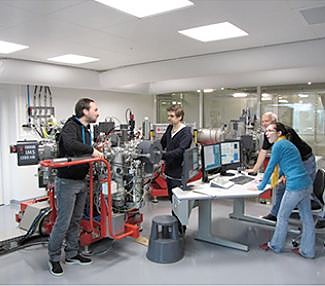 The Center for Advanced Surface Analysis (CASA) is a common UNIL/EPFL platform hosted in the Geopolis building of University of Lausanne. This Swiss research center offers to a broad range of scientists the state-of-the-art micro-analytical Secondary Ion Mass Spectrometric (SIMS) instruments for chemical and isotopic characterization of solid matter.