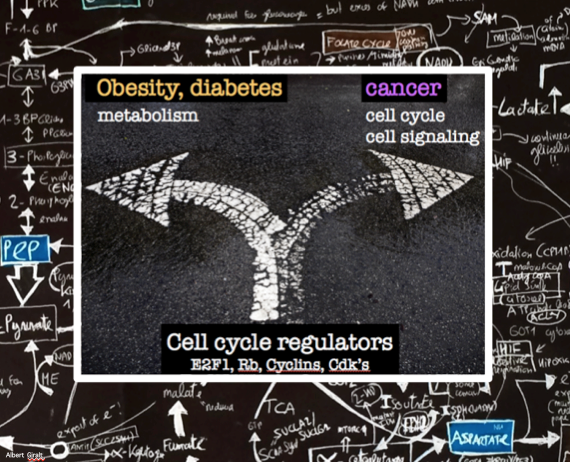 Metabolic reprogramming is a hallmark of normal physiological homeostasis, but also of pathological conditions such as cancer. Metabolic pathways are temporary orchestrated to satisfy the shifting demands of growth, proliferation, and differentiation. Growing evidences exist about the regulatory crosstalk between metabolic pathways, cell cycle progression and cell division: our laboratory, among others, has shown that cancer-cell metabolism is reprogrammed through the regulation of metabolic enzymes by various cell cycle regulators. Moreover, we have demonstrated that some of these cell cycle regulators, like the pRB-cdk4-E2F1 pathway, control metabolism of adult non-proliferative cells, and that their activity is altered especially under pathological conditions contributing to obesity and diabetes.

Our projects aim to contribute understanding the crosstalk between metabolism and proliferation.

Participation of the pRB-cdk4-E2F1 pathway in metabolism during normal and pathological conditions.

We have previously shown that the cyclin-dependent kinase 4 (CDK4) plays a role in adipogenesis and in the function of mature adipocytes. We have also proven that the pRB-CDK4-E2F1 pathway represses oxidative metabolism in muscle and in brown adipose tissue, while promoting lipid synthesis and glycolysis in the liver.

Taking advantage of tissue-specific conditional knockout mice for E2f1 and for Cdk4, we are currently exploring the role of E2f1 and Cdk4 in regulating other major metabolic pathways. In particular, we study the role of E2f1 in gluconeogenesis and cholesterol metabolism in the liver, two processes deregulated in diabetes and in cardiovascular diseases, respectively. In parallel, we are trying to elucidate the function of Cdk4 in thermogenesis in brown adipose tissue, an emerging player in regulating energy expenditure, body weight and global metabolic homeostasis.

We are also further characterizing the role of E2F1 in cancer biology. We have identified several novel E2F1 target genes playing a role in glutamine uptake and metabolism, which is key for sustaining proliferation in transformed cells. Our working hypothesis is that E2F1 plays a key role in cancer progression by coupling cell cycle proliferation and DNA synthesis with the regulation of metabolic pathways that provide the necessary metabolic intermediates to sustain cell growth.

Molecular interplay between CDK4 and other signaling pathways that control proliferation and metabolism.

We have recently shown that IRS2 is a novel target of CDK4, highlighting the importance of this cell cycle regulator in modulating insulin-AKT signaling. Interestingly, IRS proteins are involved in the activation of growth factor receptor pathways and transduce mitogenic, anti-apoptotic, and anti-differentiation signals to the cell. Recent data from our laboratory show that CDK4 modulates AMPK and mTOR pathways, two master regulators that sense and integrate nutritional and environmental cues and regulate cell proliferation and metabolism. Significantly, aberrant AKT, AMPK or mTOR signaling is involved in cancer, cardiovascular disease, and diabetes. We are currently exploring the central role of CDK4 integrating several signaling pathways, linking cell proliferation and metabolism in normal and pathological conditions.

Implication of other CDKs in the control of metabolism.

Our laboratory has already shown that members of the CDK family, such as CDK4 and CDK9, respond to nutritional status and are key factors in the regulation of metabolism independently from cell proliferation. Interestingly, other CDKs are expressed in highly metabolic tissues in adult mice and humans, suggesting that they could also play a role in the regulation of metabolism and energy homeostasis. We have generated tissue-specific knockout mice for CDK7 and CDK10 that are being extensively characterized in order to elucidate the role of these novel potential metabolic regulators.

The metabolism of cancer cells is reprogrammed in order to support their uncontrolled proliferation rates. This process is orchestrated by several oncogenes such as MYC and RAS, emphasizing the importance of shuffling metabolic pathways to sustain cancer progression. Among many others, increased de novo fatty acid (FA) synthesis is a hallmark of tumor cells. De novo synthesized FA are not only used for the generation of new cell membranes, but also for the production of lipid signaling molecules required for carcinogenesis and cancer cell survival. Thus, targeting lipid synthesis is a new promising therapeutic strategy against some types of cancer. We have previously shown that pharmacologic inhibition of the lipogenic enzyme stearoyl-CoA desaturase 1 (SCD1) activity impairs lipid synthesis and results in decreased progression in prostate cancer models. We are now interested in identifying new actors playing a role in cancer lipid metabolism and in finding new drugs that inhibit de novo FA synthesis to target cancer progression. 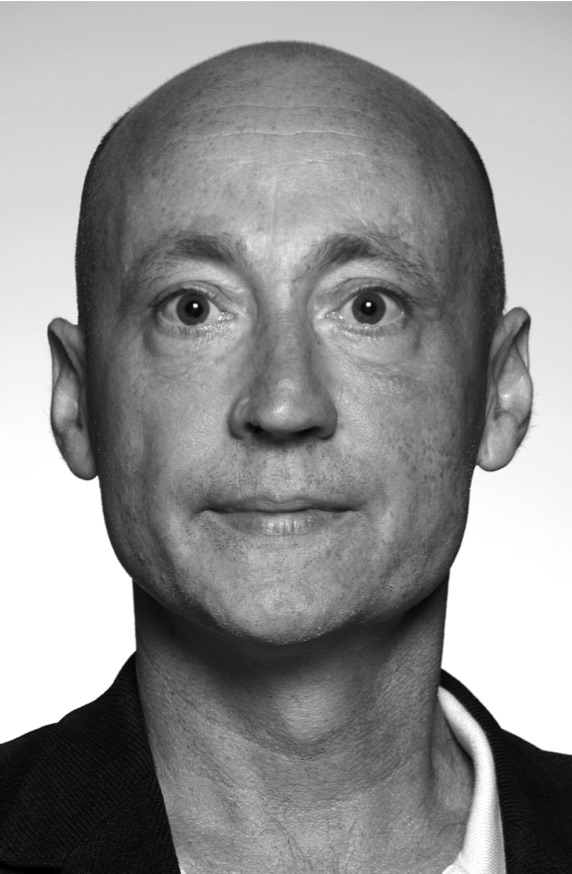