Maria Cristina Gambetta received a joint PhD in 2010 from the EMBL in Heidelberg (Germany) and the University of Geneva (Switzerland), and performed post-doctoral research at the Max-Planck Institute of Biochemistry in Martinsried (Germany), studying molecular mechanisms of epigenetic gene silencing by Polycomb transcriptional repressors under the supervision of Jürg Müller. During her post-doctoral training at the EMBL in the laboratory of Eileen Furlong, she studied the role of chromatin architecture in gene activation. She is joining the Center for Integrative Genomics in January 2018 as Assistant Professor to study how cells organize the activating and repressive regulatory inputs that are necessary to achieve appropriate gene expression patterns.

In multicellular organisms, genes are turned ON and OFF in robust spatial and temporal patterns. Gene promoters are controlled by regulatory elements that recruit chromatin factors and determine when and in which cells a gene is activated or silenced. A fundamental problem is that regulatory elements are inherently promiscuous – they can act on many promoter types even simultaneously, over large distances, and independently of their orientation and position relative to a promoter. Thus, a basic question is how regulatory elements find their target promoters and restrict their activity to their cognate targets.

Early efforts to understand the basis of specific gene regulation involved directly testing loci hypothesized to act as boundaries, because located at transitions between regions with different transcriptional states. This led to the discovery of ‘insulators’ in Drosophila and subsequently in a variety of organisms from yeast to man, as loci capable of blocking the communication between a regulatory element and a gene promoter in reporter gene assays. In flies and humans, insulators are thought to exert their activity by recruiting Insulator-Binding Proteins (abbreviated IBPs). Basic questions remain regarding the target genes that IBPs regulate, their possible redundant functions at certain loci, and the molecular mechanisms by which they mediate insulation.

We aim to understand the molecular basis of insulation and assess its biological function in Drosophila using genetics, genomics, biochemistry and live-imaging tools.

Long-term goals include screening for new factors and principles that participate in organizing regulatory interactions in the genome. 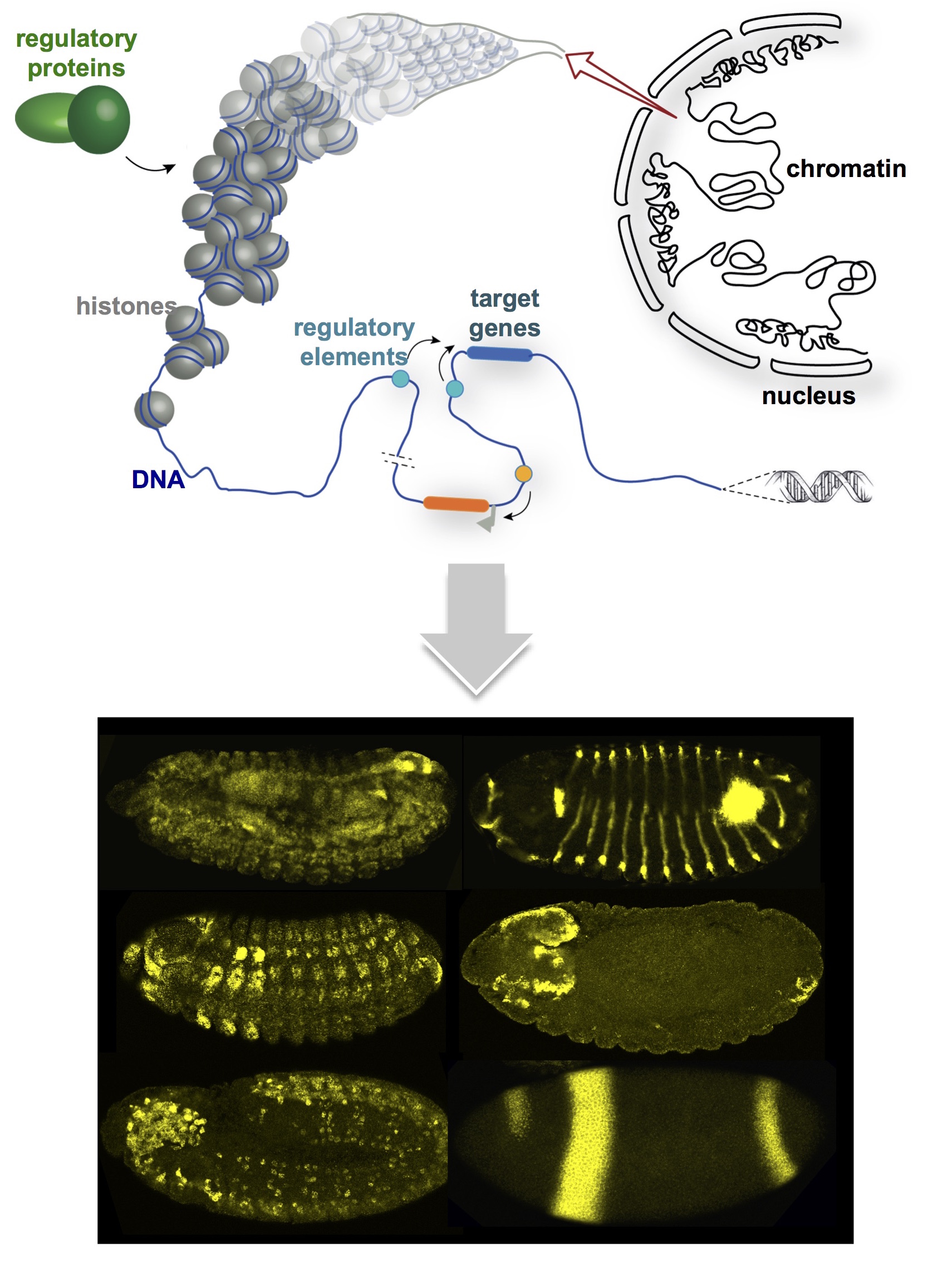 Masters, PhD and Postdoc positions available; people interested in joining the team are encouraged to write directly to mariacristina.gambetta@unil.ch.