Graduate campus - for phds and postdocs
You are here:  UNIL  > Graduatecampus > Careers with a PhD > After the PhD: UNIL portraits > Ariane Devanthéry

"Not being overwhelmed by the magnitude of a task and being able to prioritize is a fundamental skill in my job.” 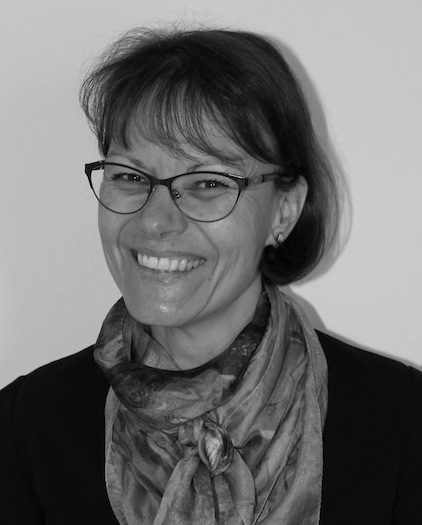 Ariane Devanthéry obtained her PhD in Arts at UNIL in 2008. Since 2015, she has been in charge of movable and intangible heritage at the Service des affaires culturelles du Canton de Vaud.

Thesis title: Itineraries. Travel guides in Switzerland from the end of the 18th century to 1914. Contribution to a cultural history of tourism.

GC: Can you introduce yourself in a few words?
AD: I’m a cultural historian by training. I currently hold the position of Head of Movable and Intangible Heritage at the Cultural Affairs Department of the Canton of Vaud at 80%. I have one day a week left to carry out projects as an independent historian, such as guided tours, writing articles or preparing a conference paper.

Why did you choose to do a doctorate?
It was completely by chance. After university, I taught at middle school level in the Canton of Vaud, with students who were between 10 and 13 years old. I resigned after seven years because I was getting bored; I like to teach for the subject matter, but not for the disciplinary side of things in the classroom. In March 2002, while I was looking for a new job, I came into contact with Claude Reichler (ed. at the time, professor of French literature and cultural history at the Faculty of Arts at UNIL), because we were members of the same association. I asked him if he had a small job to offer me. I imagined indexing a book or a a small bit of research. He asked me if I was ready to do a doctorate. Three months later, he told me that he had found funding and a subject. I accepted.

Did you have a career plan during your PhD?
I never had a career plan. You could say that my professional life was built erratically, because things happened a bit by chance, things stacked up, and by chance opportunities. On the other hand, you could also say that my career path is not so erratic. I took advantage of opportunities when they presented themselves. I enjoyed the six years of the doctorate (five years as an assistant and one year with scholarships). I loved to see how a thought is constructed and how to gradually overcome the pitfalls that you encounter at the beginning of your research. Of course, it wasn't without its difficulties: I had a lot of doubts and a certain lack of self-confidence. In retrospect, I see the doctorate as a very special time in my life.

What are your main missions and how would you describe your role?
My role is about preservation and enhancement. You don’t preserve an object, a know-how or a tradition in the same way; you don’t show an object and a tradition in the same way either. I advise the owners. I act as Secretary of the Commission for Non-Cantonal Movable and Intangible Heritage: I talk with those seeking support and help them define their request precisely. A well-formulated request is much more likely to get support. As far as movable heritage is concerned, owners of cultural property can contact us to find out how they can protect certain objects in their care. In this case, we can have an inventory and/or an expertise made to find out the historical and patrimonial importance of these objects for the history of the Canton of Vaud with a view to their inclusion in the Cantonal Inventory of Movable Heritage. Again, I am the reference person with whom to discuss possible measures and define a precise project. When requests come to us, they are often a little confusing, and clarification is frequently necessary.

What do you like most about this position?
I like helping people, supporting projects I’m enthusiastic about, and seeing that we are working for the common good. During my studies, I always told myself that I would love to be able to participate in the protection of heritage. I didn't even imagine being able to protect movable heritage. It's largely a matter of raising awareness and advising owners. I appreciate the simple fact of telling the owners of objects that what they own is important for the history of the Canton of Vaud, that they can be given advice on conservation, storage, cleaning, or the addresses of restorers, and contributing financial support.

What are the essential skills to carry out this mission?
To not be afraid of a large and extremely varied job where each case is unique. You need to be able to define procedures (relational, material, administrative and legal) and to separate and prioritise problems. During the doctorate, you learn to manage complex problems. When you start your thesis or a chapter, you have a mountain in front of you that you won’t be able to tackle head-on: you’ll have to share the subject, cut it into parts. This skill is extremely useful to me today. Not being overwhelmed by the magnitude of a task and to be able to prioritise is a fundamental skill in my job.

How do you respond to those who feel that the doctorate is not relevant to a non-academic career?
I think that someone who hasn't done a PhD has a really hard time understanding the skills you develop during the thesis. It's up to us to show and promote them. I have to write a lot of reports and it is essential to have a precise vocabulary. This skill is one of the great contributions of the PhD. I was made aware of extremely clear writing, of the order of ideas, of the logic of an argument, of a whole work of rhetoric which is very useful and important when you have to write a note to try to convince a head of department or a State Councillor to do what you propose in order to safeguard heritage.

What advice would you give to a doctoral or post-doctoral student preparing for the next stage of his or her career?
Don't be afraid of the future and dare to take the plunge. Before my current position, I made a census of the intangible heritage of the Canton of Vaud. When I was offered this mission, my first answer was: "why not, but I don't know anything about it". I was then looking for a job. I told myself that this position would keep me busy for six months, which gave me time to find another job. Finally, I was a freelance historian for five years, continued to work on intangible heritage, and created a new area of expertise for myself. I think it's very useful to have enough confidence in what you can do, in order to get into things that you don't know and master yet. Above all, it's about going where you have fun doing stuff. This is the best advice I can give.