Graduate campus - for phds and postdocs
You are here:  UNIL  > Graduatecampus > Careers with a PhD > After the PhD: UNIL portraits > Patrice Soom

"When you’re considering the next step in your career, you should always try to ask yourself what opportunities are really out there. I see a lot of people who look at options in an extremely narrow way because they are focused on the disciplinary competencies in their PhD or post-doc. When you look at it that way, you put yourself in a very difficult position when searching for a job." 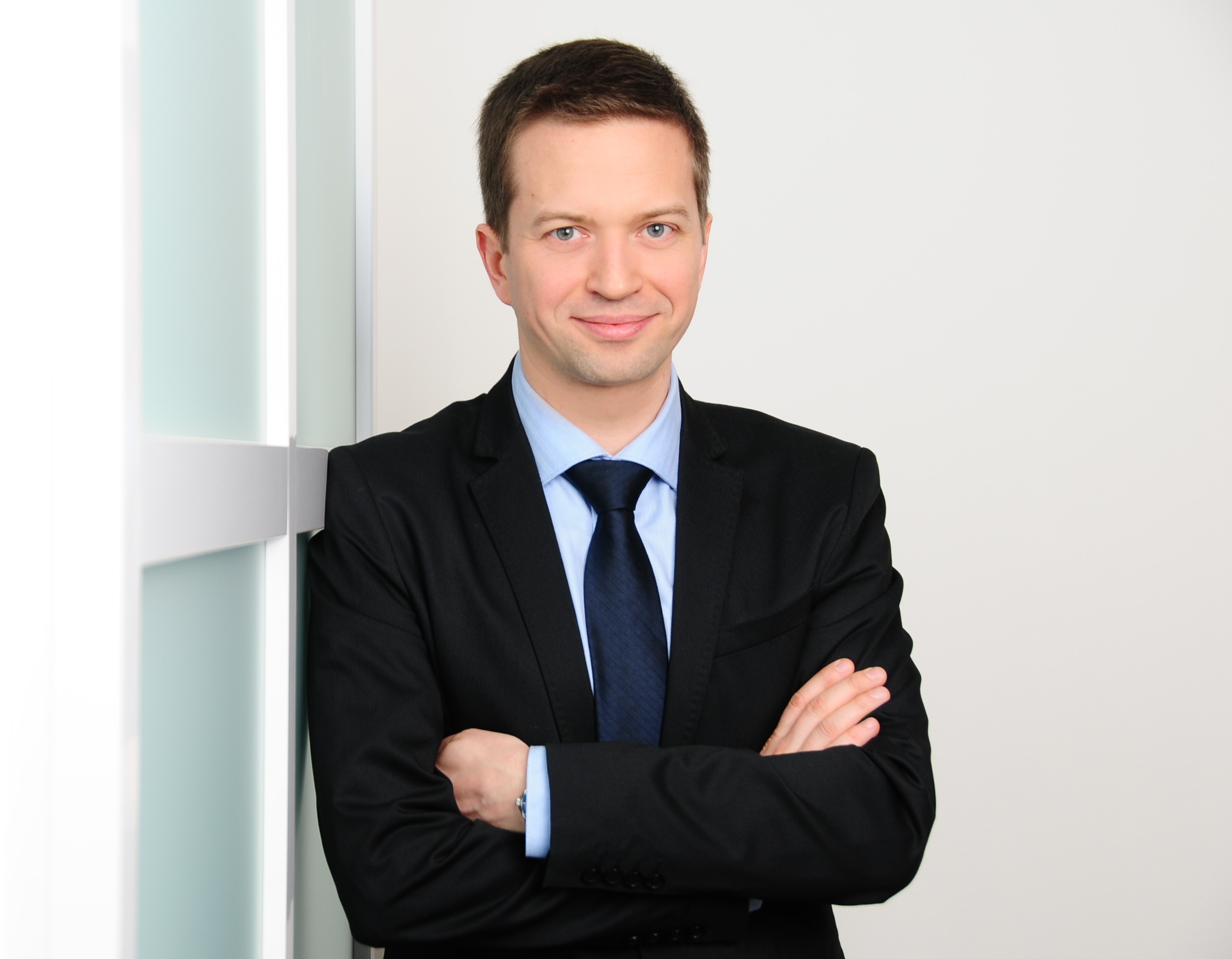 Patrice Soom obtained his PhD in Arts at UNIL in 2010. Since 2014 he has been working for the Swiss Confederation as a scientific advisor at the State Secretariat for Education, Research and Innovation (SEFRI) in Bern.

Thesis title: From Psychology to Neuroscience. A New Reductive Account.

GC: Can you introduce yourself in a few words?
PS: I spent nearly eleven years at the University of Lausanne where I was a student, student assistant, SNSF doctoral student, assistant, then junior lecturer before leaving to continue my academic career abroad. I wrote a thesis on the philosophy of science.

Why did you choose to do a PhD?
I started it mainly out of interest, knowing that a PhD position was available, and that I got on well with my future thesis supervisor. I also told myself that, given my interests, starting a doctoral thesis after studying Literature certainly wouldn’t be a hindrance to my professional development.

Did you have a career plan during your PhD?
Not at the beginning. I started my thesis by telling myself that I was going to immerse myself in my research. I think that's a good attitude to start with, but I also think that you have to pretty quickly ask yourself "what am I going to do in three years, when I’ve finished my thesis?". You need to ask yourself at least three semesters before the end of your contract: where you're going, and what you’re ready to do to get there.

You are a scientific advisor at the State Secretariat for Education, Research and Innovation (SEFRI). On the day of your defence, would you have imagined that you would be in this position today?
No, not this position. Today I work in the International Research Organizations unit. I am in charge of international research organizations active mainly in the field of physics. On the other hand, I was already aware that the Confederation and the cantons were potential employers.

What are your main missions and how would you describe your role?
On the one hand, my role is to represent Switzerland in the governance of certain major international research organizations. On the other hand, I contribute to the preparation of decisions by the federal political bodies on the topic of Switzerland's operational and financial participation in these organizations.

What do you like most about this position?
I especially like the dimension of representation: going abroad with a mandate, defending interests that I support - and sometimes that I don't personally support - and finding myself with about 20 people with whom I have to try to reach an agreement in order to build a common project in an international and multilateral framework.

What are the essential skills to perform this mission?
You obviously need the languages in order to work effectively in an international context, mainly French, German and English - and ideally Italian. You also need very good relational skills, sometimes across cultures, and to be able to create social links effectively. It’s essential to be able to convey clear messages that are as synthetic as possible in the working languages. You also need a taste for institutional issues and a certain political sensitivity. Although you’re rarely confronted with the technical and scientific questions that feed into the research carried out by these organizations, you’re often confronted with the national and international political issues that govern relations between the various countries with which Switzerland collaborates.

Can you tell us about the path that led you to your current role?
I received my PhD in 2010. I was lucky enough to be hired for an additional year at UNIL as a first assistant at the Faculty of Arts, which allowed me to consolidate my knowledge, publish my thesis and find a postdoc position in Germany. In 2011, I moved to Düsseldorf to work on a research project with the idea of building an academic career. I was lucky enough to get a postdoc contract for four years. I had already decided at that time that if I wanted to continue my academic career, I would have to regularly and critically evaluate my academic CV and my performance to see if it was worth continuing or if, on the contrary, I was falling behind both my colleagues and my competitors. I didn't want to take the risk of finding myself at the age of 45 trapped in a precarious and very uncomfortable lifestyle with just three teaching loads spread over different institutions.

During my stay in Düsseldorf, my scientific interests evolved and I had to admit to myself that I didn’t have the tools that would be necessary for the research that I would have liked to carry out at the time. In this context, my scientific productivity began to decline. At the same time, my partner and I began to consider starting a family and decided that this new step would be done in Switzerland. So I quickly concluded that it was time to leave the academic path. I used the time I had left in Düsseldorf to find opportunities in Switzerland outside the university in parallel with my work as a postdoc researcher. In 2014, I applied for a position as a scientific advisor at SEFRI: I was hired on a one-year contract that was renewed once. After sixteen months, I was able to change units within SEFRI and obtain the permanent position I hold today.

How do you respond to those who feel that the PhD is not relevant to a non-academic career?
I don't think that's true. Today, there are a significant number of jobs that are built on transversal skills (analysis, synthesis, writing skills and languages) and for which there is no standard training. Successfully completing a doctorate can only strengthen these transversal skills. There are certain areas where having a thesis can be positively evaluated by recruiters. Research-related fields are naturally part of these. For example, the two units in which I worked at SEFRI employ a majority of PhDs. Finally, when I travel on professional missions to represent Switzerland in the governing bodies of international research organizations, the simple fact that I can write "doctor" next to my name helps build the relationship with certain interlocutors.

What advice would you give to a doctoral or postdoc researcher preparing for the next stage of their career?
I would start by not losing sight of the current stage. It is important to find pleasure, to invest yourself and to develop intellectually through your scientific activity, whether it’s a PhD or a postdoc. Then, when you’re considering the next step in your career, you should always try to ask yourself what opportunities are really out there. I see a lot of people who look at options in an extremely narrow way because they are focused on the disciplinary competencies in their PhD or post-doc. When you look at it that way, you put yourself in a very difficult position when searching for a job.

If you’re considering changing path, it’s essential to ask yourself: what changes am I willing to accept? What are my main skills? What aspects of my job do I currently enjoy? It is essential not to focus only on the main tasks you’ve been able to accomplish along the way, nor to fear wasting hard-won scientific skills. It is perfectly possible that what you prefer is not in fact the creation of theory, but rather data collection, writing publications or even participating in the institutional life of the university. Once you make your decision, you must actively prepare for it by seeking to effectively complement your skills.

If you’re considering pursuing an academic career, it’s important to honestly and regularly ask yourself whether it is worthwhile continuing, because there is a world outside the university. I realized later that while you’re in university, you live surrounded by people who have never been outside of it. So you’re constantly surrounded by doctoral students, postdocs and professors. The latter embody academic success in all its meritocratic dimension. Many of them are people who have sacrificed so much for this career that the very idea of leaving it may seem unbearable to them. In such a context, it is difficult for those who are part of the academic body to conceive of leaving the university other than as a failure. I don't think it is a failure. It may be worth leaving the university; there are many important, challenging and very demanding things to do outside the university and in different fields.